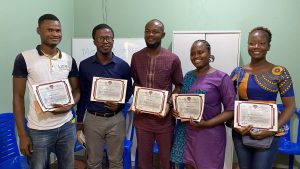 A Brief History of the Department

Media operation started in what is today called Liberia before the country was declared independent. In the colonial period that preceded the founding of Liberia in 1847, there existed what is known as the first ever newspaper, the Herald, founded in 1826 by Charles Force.  Then in 1928, Firestone Liberia went on the air for the first time to mark the first radio broadcast in Liberia. These endeavors were private and many in similar fashion sprang up for decades thereafter.

Later in the 1960’s, a few radio stations, including the government owned Liberia Broadcasting Corporation came into being. There was also a corresponding boost in the newspaper industry. Notwithstanding these gains, either inadequately trained or mere apprentices were the available manpower to manage the fast-growing media industry. The need for a media training institution therefore became exceedingly paramount.

Consequently, and precisely in 1983, the University of Liberia succeeded to win funding from UNESCO to establish the Mass Communication Department. An experienced media practitioner and educator, Prof. T. Nelson Williams became the department’s first chairman, assisted by a team of fresh graduates with advanced degrees in media from America. They include Alhaji G.V. Kromah, now a retired Associate Professor; Associate Professor Lamini A. Warritay, now in private life and, Associate Professor Weade kobbah-Boley, currently Vice President for Institutional Development at the University of Liberia.

Since its establishment, the Mass Communication Department at the University of Liberia has succeeded in training media professionals in the broadcast and print media. Many of the department’s graduates have excelled in professional domains including, within the local and international media, government, and in private organizations and businesses.

An interesting account of the department’s history is that the first batch of instructional staffers named above have headed the department at different intervals (Click here to see all chairpersons).